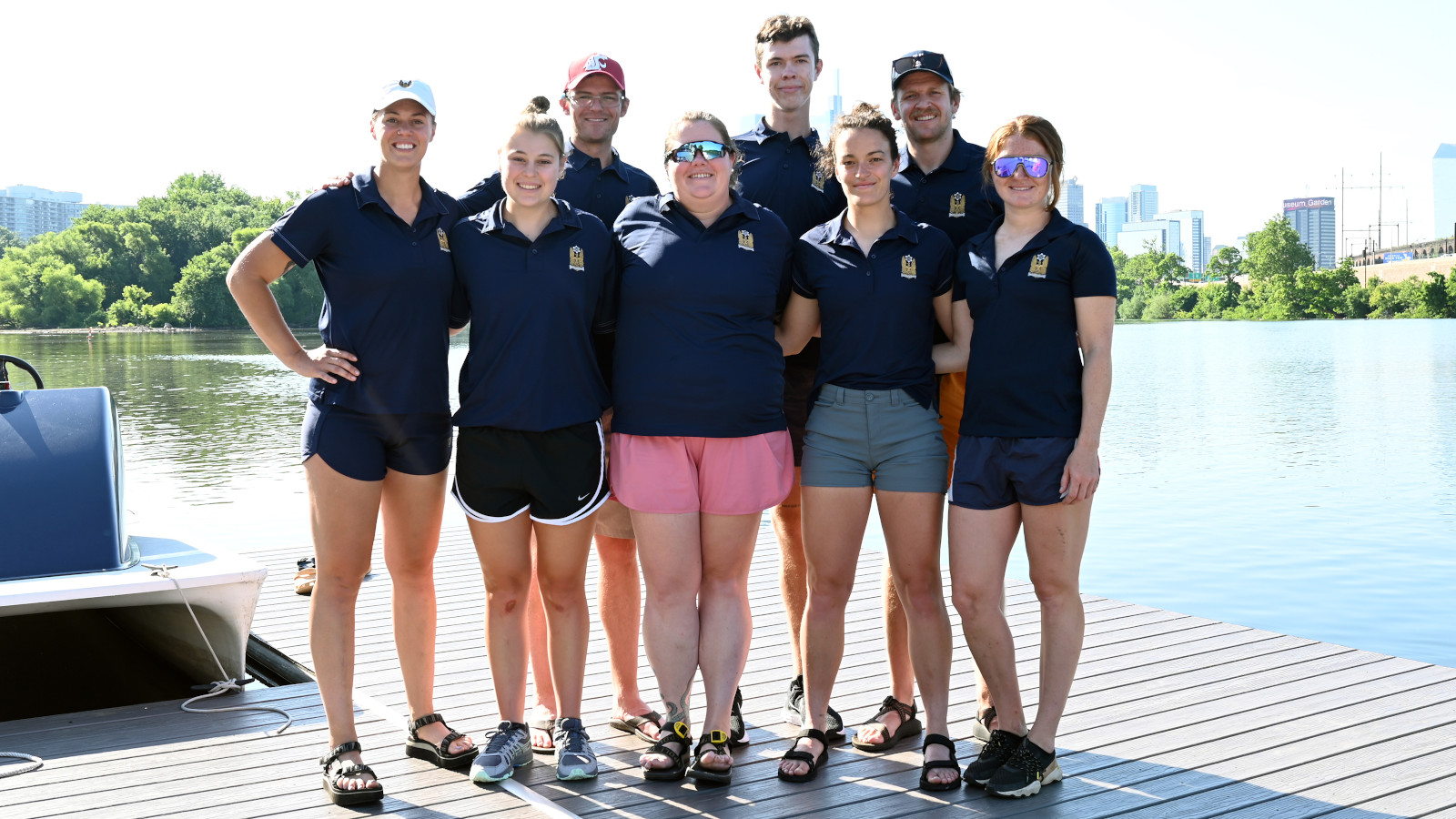 Paul Coomes - Director of Penn AC Gold
Paul's journey in rowing started 31 years ago, where he and 14 other students helped start up a small club rowing program at the University of Dayton. His 3+ years of rowing at Dayton could be termed forgettable in terms of results on the water, but his biggest victory came in helping to build a sustainable rowing program that was both competitive and respected not only within the rowing community but also by the University. When he graduated, he volunteered to coach Dayton’s men’s team and discovered his true passion in life – coaching. For three years, he led a Dayton men’s rowing team that experienced significant growth and improved results.

A move to Philadelphia in the fall of 1998 and a chance encounter led to Paul being hired as the Head Coach for Conestoga High School’s yet-to-be-started rowing team. While he had no experience coaching junior athletes, he was excited to have the opportunity to build a new program in what he considers to be rowing nirvana, Philadelphia and Boathouse Row. During his 18 years coaching Conestoga, he built the Club into one of the most respected rowing organizations in the region and the team into a scholastic sculling powerhouse, coaching crews to 21 Stotesbury Cup titles, 25 Scholastic National Championships and multiple gold, silver, and bronze medals at the USRowing Youth National Championships. He was named the 2007 Schuylkill Navy Coach of the Year, the 2014 American Junior Coaching Conference Girls Sculling Coach of the Year, and in what he considers to be the highlight of his coaching career, his girls 4x won the Schools/Junior 4x at the 2006 Women’s Henley Regatta.

His summers and falls as Conestoga’s coach were spent helping his wife start  and grow PA Rowing Camps, a summer program dedicated to teaching adults and juniors to row, as well as coaching crews of various levels for several clubs along Boathouse Row, including Penn AC, Undine Barge Club, Bachelors Barge Club, and Crescent Boat Club. Numerous crews under his guidance found success at the junior, intermediate, senior, and elite level. He served as the coach for the US Lightweight Men’s 1x at the 2009 World Championships in Poland. While at Undine, the Club won the Colgan Cup and the Marion D. Ventura Women’s Points Trophy in 2001. His crews also won the Head of the Charles in 2000, 2001, and 2003, the Canadian Henley in 2002 and multiple Club National Championships between 2000 and 2003.

Paul is a degreed engineer and when not involved in the sport of rowing has worked in various professional roles, including project management, product development and innovation management. Paul resides in the East Falls section of Philadelphia with his wife, Amy Giddings, and their three children. 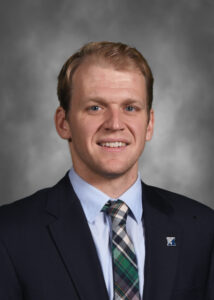 Will Scully - Junior Men’s Head Coach/Recruiting Coordinator:
Will Scully comes to Penn AC from just down the road in Pottstown, PA at The Hill School, where he is the Head Boys Rowing Coach as well as a dorm parent and instructor of physics and mathematics.

Will began his rowing career in 2008 as a junior at Simsbury High School in Simsbury, CT. After graduating high school, Will continued his rowing career at Trinity College, in Hartford CT, where he won two New England Championships and one ECAC Championship, and helped Trinity secure the New England’s Points Trophy three years in a row. After his junior year, he was part of a crew that competed at the Henley Royal Regatta and was elected captain for his senior year.

Following his graduation, Will came to Philadelphia to continue rowing for the U23 program at Penn AC, and represented them at U23 Trials, Club Nationals and Canadian Henley. In search of more rowing and adventure, Will moved to Sydney, Australia, where he joined Mosman Rowing Club and trained with members of the Australian U23 and Senior National teams. He competed at the Sydney International Rowing Regatta, earning himself a finals spot in the Open 4x and Open 2x.

Upon returning home, Will took on volunteer coaching positions at Simsbury High School and Trinity, and served as the JV coach at Middletown High School until moving to The Hill School in 2016. Under Will, the Hill boys won the 2018 Stotesbury Cup Junior 4+ event and finished 4th in the 2019 Senior 4+.

Aside from coaching and teaching, Will is an avid musician and hiker and enjoys spending as much time outside as he possibly can. 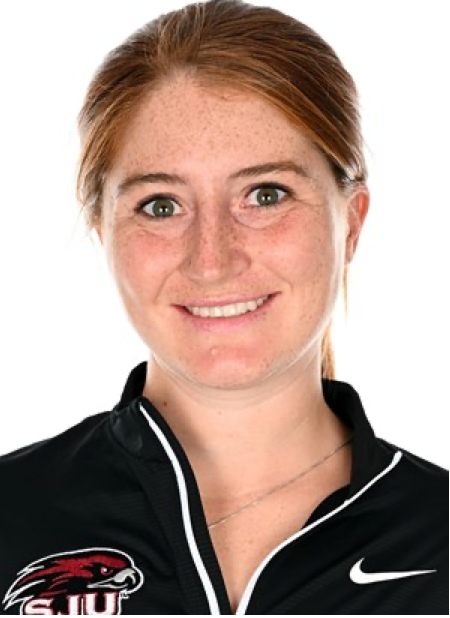 Kristen Propst – Assistant Coach
Kristen Propst, returning for her third year with Penn AC Gold, is no stranger to the Schuylkill River or Penn AC. Currently, Kristen is an assistant coach and recruiting coordinator for St. Joseph’s University women’s team. Prior to St. Joe’s, Kristen was the boys and girls head coach at The Shipley School from 2019-2021 and the head novice girls and lightweight coach from 2017-2019. During her time at Shipley, they consistently qualified for SRAA Nationals, winning the girl’s lightweight quad in 2018 and placing third in 2019.

Kristen began rowing in 2010 at Lafayette College in Easton, PA. At Lafayette, Kristen was a 4+-year member of the varsity 8+, competing as both an open weight and lightweight. After graduation, she moved to Philadelphia to continue her rowing career at Penn AC, first as a part of Penn AC’s U23 program then as a member of Penn AC’s High Performance Team. During her six years as a member of the team, she was able to compete both domestically and internationally and race at World and Olympic team trials.
Beyond coaching, Kristen likes to spend time outdoors with her dog and is currently working on her Executive Master’s in Sport Business from Temple University. 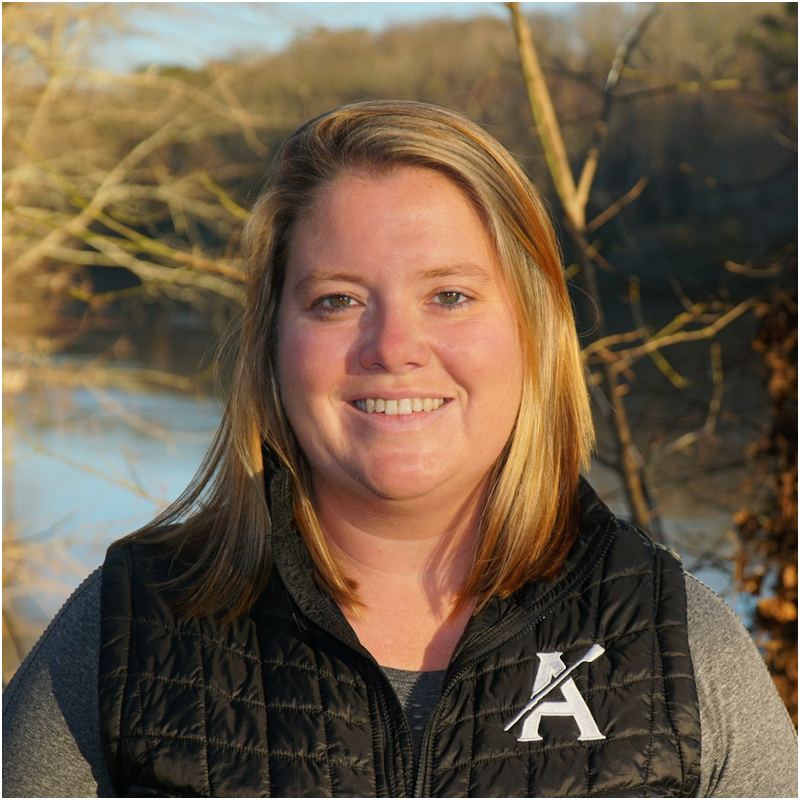 Sarah Low - Junior Women’s Head Coach/Recruiting Coordinator
Sarah Low is the Executive Director and Women’s Head Coach for the Atlanta Junior Rowing Association. During her five years as the head of Atlanta Juniors, the club has sent 18 boats to USRowing Youth National Championships, consistently qualified men’s and women’s boats for the Head of the Charles, and remains one of the top rowing programs in the Southeast. Atlanta Juniors has approximately 220 middle- and high-school aged athletes, coming from more than 75 schools around the North metro Atlanta area. Sarah has also been a member of the USRowing Junior National Team women’s coaching staff since 2018, most recently as Assistant Camp Director at ODP 2021, and has worked with the Southeast Women for several Youth Regional Challenges. Prior to AJRA, Sarah coached at Westminster Schools in Atlanta GA, and Sammamish Rowing Association in Redmond WA. She attended UNC Chapel Hill and graduated with a Masters in Sport Leadership from the University of Washington, and earned her Level III USRowing certification in 2019. 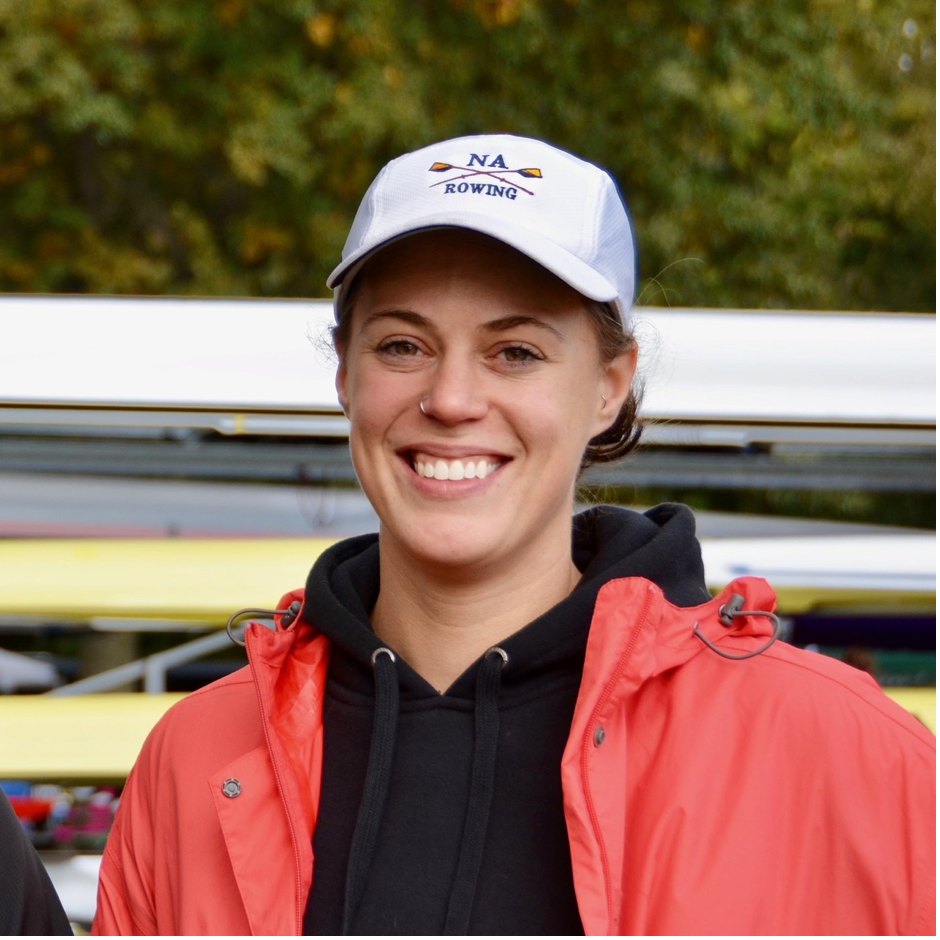 Bailey Chick – Assistant Coach
Bailey Chick’s coaching philosophy is rooted in teaching strong communication and goal-setting skills for athletes. It is her experience that from this foundation athletes can work toward both personal and team successes. Bailey is in her fourth year as the Head Coach of North Allegheny Rowing Association in Pittsburgh PA. Some highlights from her time at NA have included a 1st place finish in the Women's JV 4x at Stotesbury Cup, 2nd at Head of the Hooch & 3rd at the Head of the Schuylkill in the Women's U19 2x, and a handful of grand finals appearances at the SRAAs and Stotesbury Cup Regatta.

Bailey began rowing at Temple University in 2006, she has also rowed for Vesper Boat Club's summer elite team, as well as University Barge Club and Fairmount Rowing Association Master's teams. She holds an MFA from the University of Delaware, and a BA in Studio Art from The Tyler School of Art & Architecture. She has exhibited her work nationally and internationally and currently teaches Studio Art at an arts charter high school. 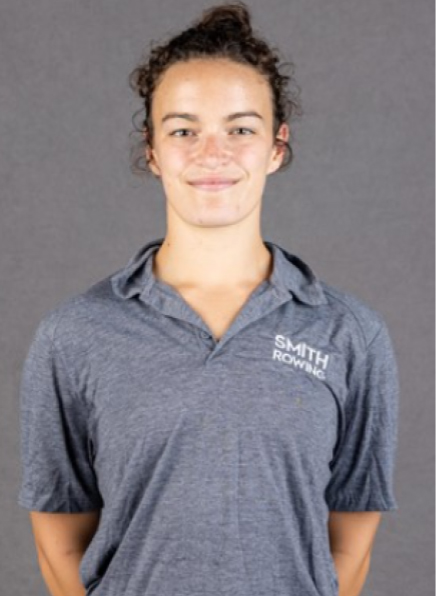 Ciara O'Sullivan - Assistant Coach
Ciara returns to Penn AC for her seventh year involved with the program. She spent her first two years with Penn AC Gold as a Program Leader, and currently works as the club's Social Media & Marketing Coordinator and leads the Diversity & Inclusion Committee.

She is currently in her second year coaching at Smith College in Western Massachusetts while earning her degree in Exercise and Sport Studies. As an assistant coach with Smith, Ciara is in charge of Novice walk-on development and facilitates recruiting while helping the team work towards an NCAA bid. She previously coached at Northfield Mount Hermon.

Ciara began her rowing career in 2011 at Archbishop Carroll High School in Radnor, PA with the school's inaugural team. She was recruited to row at Temple University, where she spent 4 years in the Varsity 8+ on the Division I Women's team. While there she helped the team to the program's top placement at the American Athletic Conference Championship in 2016 and a Dad Vail Championship in 2019. She served as the Student Athlete Advisory Committee Vice President in 2018 and 2019, as well as a Conference Representative in 2019.

Ciara continued her rowing career at Vesper BC following her graduation in 2019.

"I'm so excited to return to Penn AC Gold again as a coach this Summer. I learned so much coming up through the system as a Program Leader and the past two years as an assistant coach and look forward to helping directly develop the athletes. We get to help these kids become overall better athletes, from their performance on the water to the mental side of sport - it's a holistic approach that I can't wait to help implement."

Coral is in her 8th year as a New York Athletic Club athlete on the men’s rowing team. She also recently raced with the Vesper High Performance Group for a 2nd place finish at the 2021 Head of the Charles in the Champ 4+. Coral made the 2019 U.S. Pan American Team as the men’s 8 coxswain and first female to race internationally for the U.S. men’s senior team. She has also competed with the U.S. Women’s Training Center at the Head of the Charles in 2017, placing second in the Women’s Champ 8+ behind the Great 8. She started her coxing career as a walk-on for the UC Santa Barbara men’s club team, class of 2014, and has raced for New York Athletic Club every year since.

Aside from rowing, Coral is currently working on her PhD in gene therapy for Duchenne muscular dystrophy at the University of Pennsylvania. She has also been an avid lifter and is starting to train for her first powerlifting competition.